Egypt Where Impunity Is Entrenched and Accountability Is Absent

In an end-of-year statement, EIPR lamented that despite its shortcomings, the new constitution had established important new protections for citizens against oppression and injustice.

In the aftermath of the January 2011 Revolution, the controversy concerning the need for a law governing constructing places of worship in Egypt was renewed.

The incident in Deir Gabal Al Tair village took place after the disappearance of Iman Morqos Sarufim amid allegations from her family that she was kidnapped by a Muslim resident of a nearby village.

In Its Commentary on the Bylaws for the Election of the Coptic Orthodox Pope Released by the Church, EIPR Asks for an Interpretation of Article 3 of the Constitution to Avoid the Adoption of a Flagrantly Discriminatory Statute

In a study titled “The Democracy of the Clergy,” a commentary on the proposed bylaws that criticizes the church’s drafting of the statute in closed, non-transparent consultations based on a narrow interpretation of Article 3. 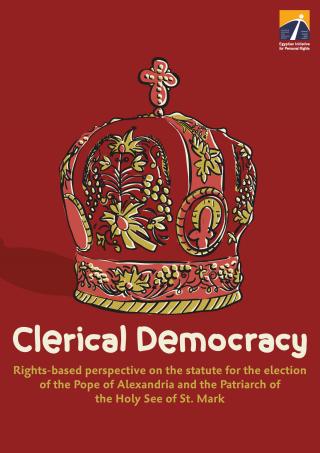 A report that chronicles and analyzes cases of defamation of religion between 2011 and 2013 is now available in English under the title of “Besieging Freedom of Thought: Defamation of Religion Cases in Two Years of the Revolution.” 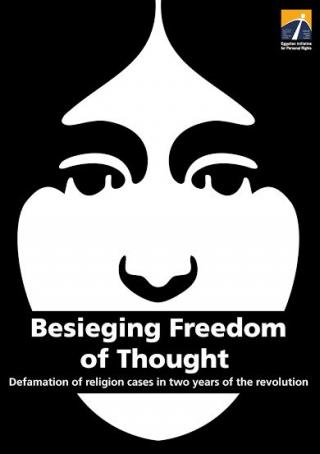 Besieging Freedom of Thought: Defamation of Religion Cases in Two Years of the Revolution

The report documents and analyzes defamation of religion cases that took place in various Egyptian provinces and the types of social and legal intimidation facing the accused. It finds increasing prosecution and intimidation aimed at curbing freedom of opinion, belief and expression by unofficial social actors. In most of these cases, the victims were ordinary citizens and not necessarily well-known commentators or public figures, as it used to be in the past two decades. Moreover, prosecutions were not limited to members of religious or communal minorities.

Policies of all modern political administrations employed different authoritarian tools against challengers to teachings of the official religious institutions thus infringing on the rights of Muslims who don’t wish to follow the state’s interpretation of religion.

*EIPR urges political authorities to intervene to stop these trials, which undermine citizenship and guarantees for religious freedoms