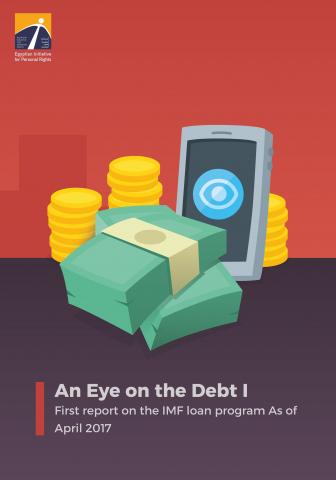 This is the first report on the implementation of the economic adjustment program, agreed upon by the Egyptian government and the International Monetary Fund as a condition for Egypt’s receipt of $12-billion loan under the Extended Fund Facility, to be disbursed in six tranches. Egypt will receive each tranche of the loan after a team of IMF experts confirm that the Egyptian government has complied with the terms of the agreement within the specified timetable.

This independent review seeks to track which measures demanded by the IMF have been implemented by the government and which have not. More basically, it seeks to monitor and analyze the the socioeconomic impact of the program.

A report will be issued to coincide with each visit by the IMF expert team, to give citizens an alternative to the IMF discourse.

This report follows the format of the loan program, as published on the IMF website, addressing the same measures in the same order, to facilitate comparisons between the objectives defined by the IMF, the measures required, and measures actually taken.

As such, this shadow report discusses objectives and policies using the same rubrics as the experts’ report submitted to the IMF Executive Board in October 2016:

6. Structural reforms for growth and employment

‹ Closed on Security Grounds: Sectarian Tensions and Attacks Resulting from the Construction and Renovation of Churches Failed recovery: How Switzerland released the funds of a famous Egyptian crony ›