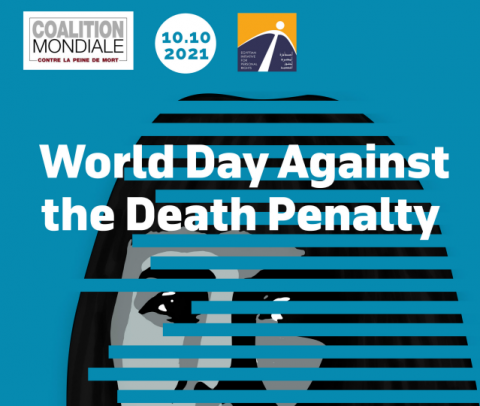 world day against the death penalty.pdf

The Egyptian Initiative for Personal Rights joins the World Day Against the Death Penalty, which aimed in the past year to focus on women who have been sentenced to death, those who have been executed and women at risk of being sentenced to death. EIPR’s position has been and remains to call for the suspension of the death penalty until a broad societal dialogue is opened about its deterrent effect. Our call for this suspension is supported by our focus on patterns of violations existing in cases where death penalties have been recently issued, especially cases of a political nature, in order to draw attention to another problem with the use of this sentence, regardless of our position against it in principle, namely that it takes many lives in cases marred by violations and judicial errors.

In this report, which was published on 10th of October 2021 - on World Day against the death penalty, we discuss issues of women who have been subjected to numerous forms of persecution and abuse in their daily lives, before their problems turn into legal ones, from gender discrimination on a daily basis to domestic violence, be it physical or sexual, to which a large proportion of the women sentenced to death had been subjected to before the felony occurs. The felony we are concerned with here is murder, a felony for which many of those tried, have been subjected to violence themselves. In this context, the victim sometimes turns into a perpetrator – a reality that becomes invisible in the stories of the many women accused of murder and those sentenced to death. In this paper, we seek to tell the stories of some of these women, hoping that this will provide a new perspective, through which we can shed light on the harsh and unfair reality of death penalties in cases of premeditated murder. We also draw attention to the fact that the Penal Code lacks a material- and- moral (intangible)- elements analysis of the crime when it comes to these felonies. All this leads to ending the lives of some, who were victims for long periods before committing the act that led them to the death row.