To ensure access to COVID-19 vaccines and treatment: EIPR calls for waivers from certain provisions of the TRIPs agreement

EIPR will be advocating and supporting the adoption of all global policies that would ensure equitable access to medications, technologies and information for all, during this pandemic and beyond as part of its continuous quest to ensure the insurance of the Right to Health for all.

The launch of a position paper titled "Despite expected continuity of the pandemic, Covid-19 is missing in government fiscal plans" at the beginning of the new fiscal year 20/21

In the year of the pandemic, as the World Health Organization called it last March, when millions lose their jobs and their basic living, the government chooses to cut spending on food subsidies. Despite the exhaustion of the health system, headed by doctors and nurses in government hospitals, the government chose to complete its neglect of the constitutional minimum spending on health.

150 days of remand custody for Patrick, three months of postponement and renewal without the presence of Patrick or his legal counsel

Once again the prison administration failed to transfer Patrick Zaki citing a force majeure event. Patrick was scheduled for a detention renewal session on Sunday June 28 that was meant to take place for the first time before a Criminal Court panel from a counter-terrorism circuit, which sits at the Tora Subofficers Training Institute. But once again we saw a repeat of what has become the norm over the last three months, following the April 28 decision by the head of the Cairo Appellate Court to resume detention renewal sessions without the presence of defendants in criminal cases

The Egyptian Initiative for Personal Rights (EIPR) called on the Ministry of Interior and the Prisons Authority to assume their legal responsibility in providing the simplest forms of human contact in light of the continued suspension of visits for prisoners’ families, consistent with the rights stipulated in the Prison Regulation Law. EIPR demanded that the ministry and the Prisons Authority allow detainees and prisoners to communicate with their families and lawyers.

EIPR: Re-publishes the proposal submitted to the Cabinet on the High Health Council

The proposal was prepared in cooperation with the Ministry of Health and Population in 2014 and stresses the basic conditions for ensuring the formation of a council that will achieve a radical and sustainable reform of the governance of the health care system. EIPR stresses the importance of respecting these conditions while working on the law proposal. Through this paper, EIPR presents again the proposed law submitted in 2014, an explanation of it and a proposal for its formation and mechanisms of action.

The research provides recommendations by the Right to Health Program of the Egyptian Initiative for Personal Rights. These recommendations are for relevant authorities, the most important of which is to transparently make accurate information available, disaggregated especially by geographical division of infection rates and available numbers of clinical tests. 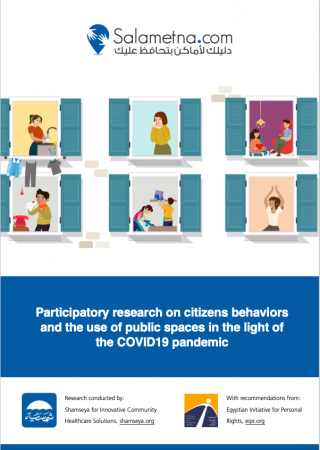