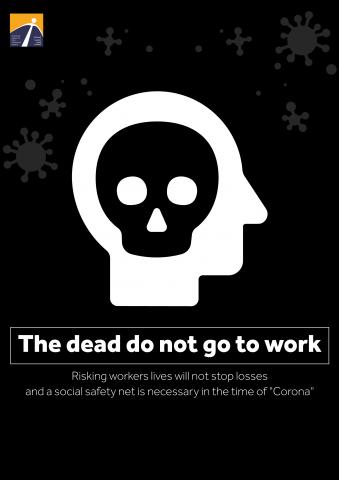 The government calls on citizens to stay at home to prevent the spread of the Covid-19 pandemic, but insists that work in the construction sector should not be interrupted, despite postponing the opening of national projects to 2021. It also agreed to exclude workers in the industrial private sector from the curfew.

Meanwhile, private sector companies insist on postponing the complete closure, and did not agree to a temporary closure of factories operating in non-vital sectors or reducing the number of shifts, as the government did in its own sectors and subsidiaries, even if this is at the expense of the lives of Egyptians. What is meant here is not vital sectors that are essential to continue working, such as food and health products, but rather all sectors.

With the continued spread of the virus, it is expected that demand for products, especially unnecessary products, will decrease, which exposes these companies to a decrease in their revenues or losses, when people do not buy their products. The Egyptian law allows any employer to fire his employees, without any compensation or pension. When a worker gets sick, and he is the provider for his family, he often does not have health insurance that guarantees his treatment.

The following points attempt to draw a picture of the labor market in Egypt, and point out its key shortcomings and imbalances, which are exacerbated with the crisis of Covid-19. The crisis, at the same time, opens a door for discussion and redress for some of these imbalances.

1- Where do people work? 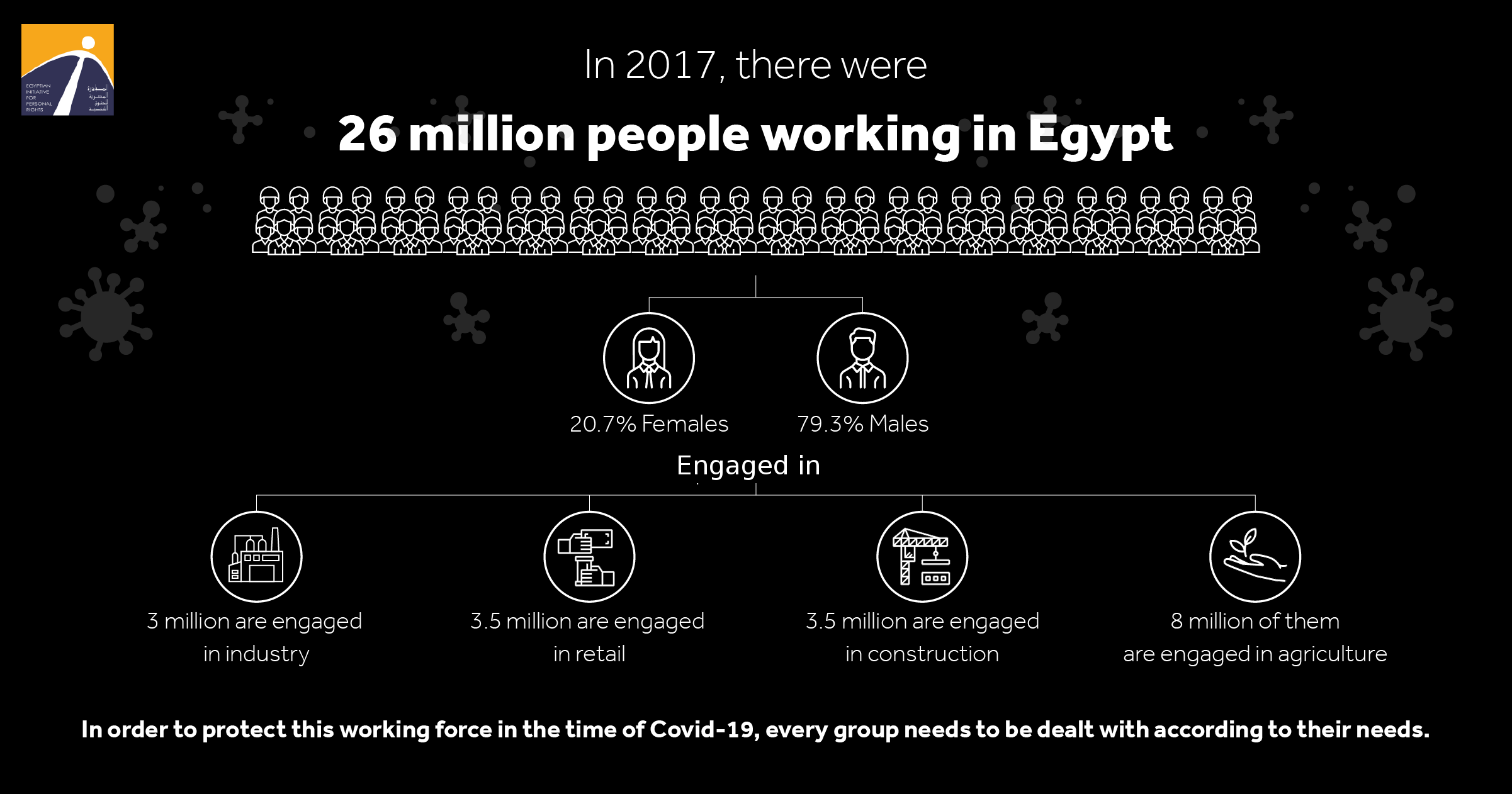 2- Decent wages are a necessity not a luxury 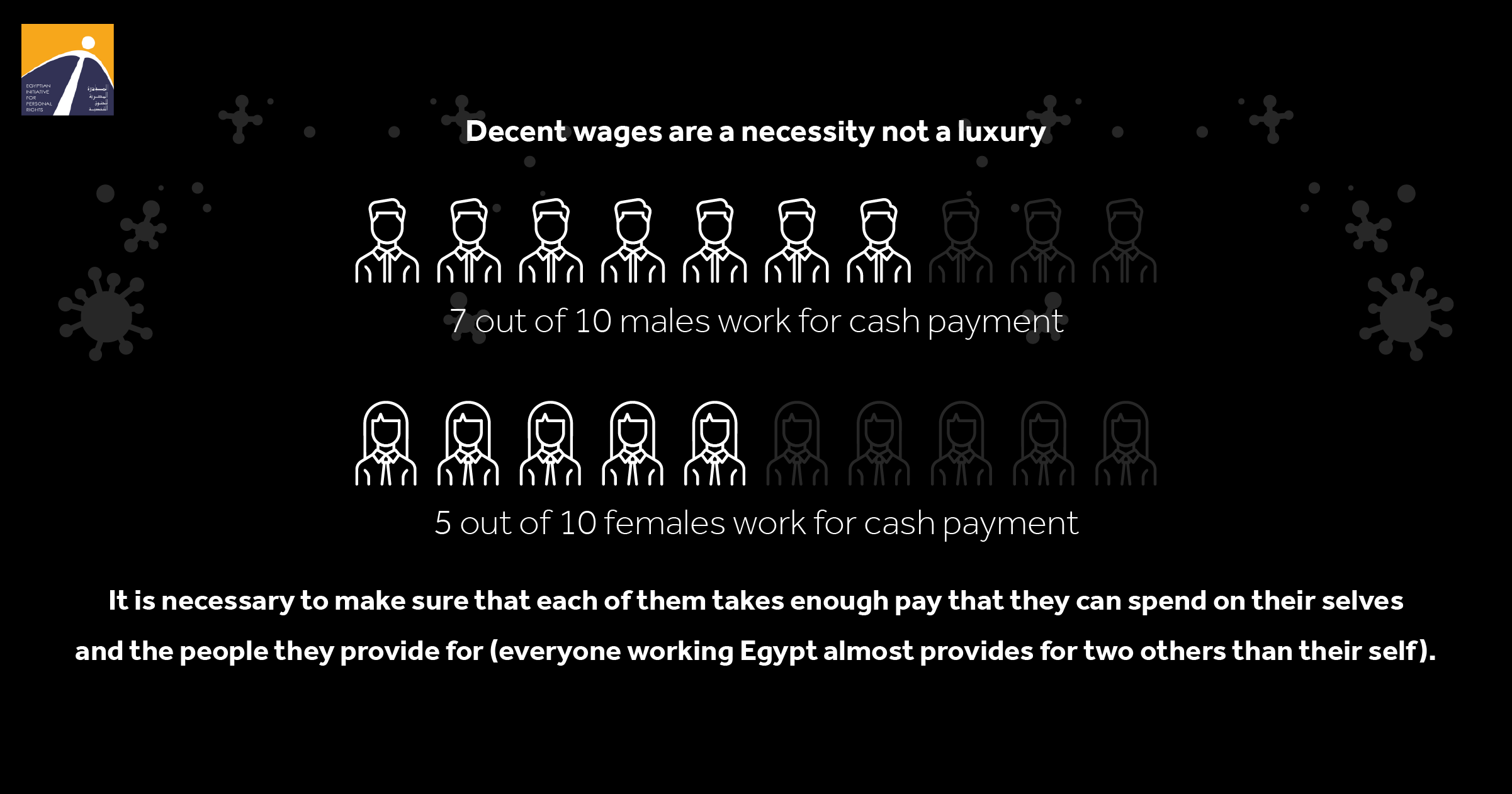 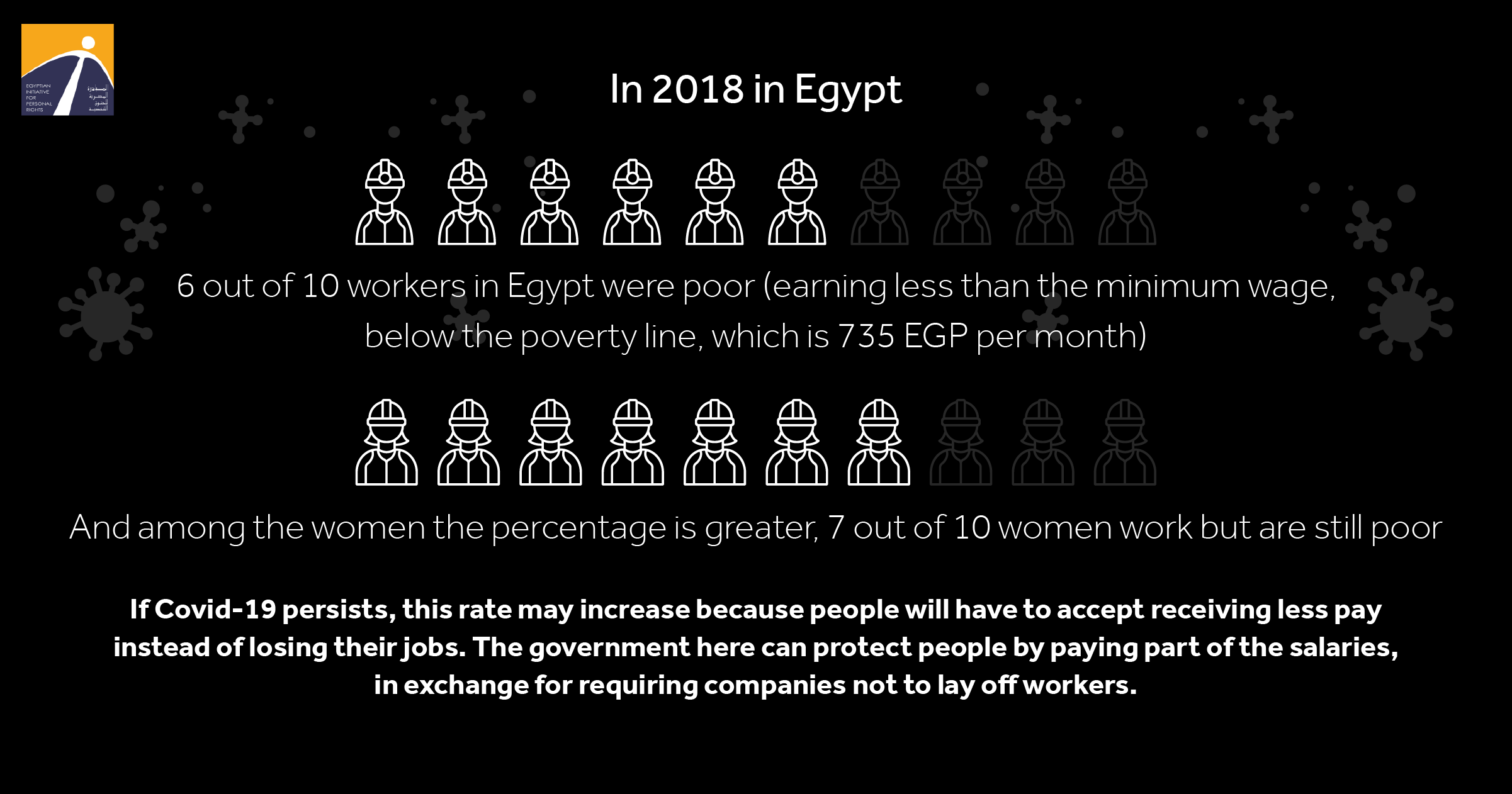 4- Why do we have to improve working conditions in the private sector?

5- Why are unemployment benefits important in Egypt? 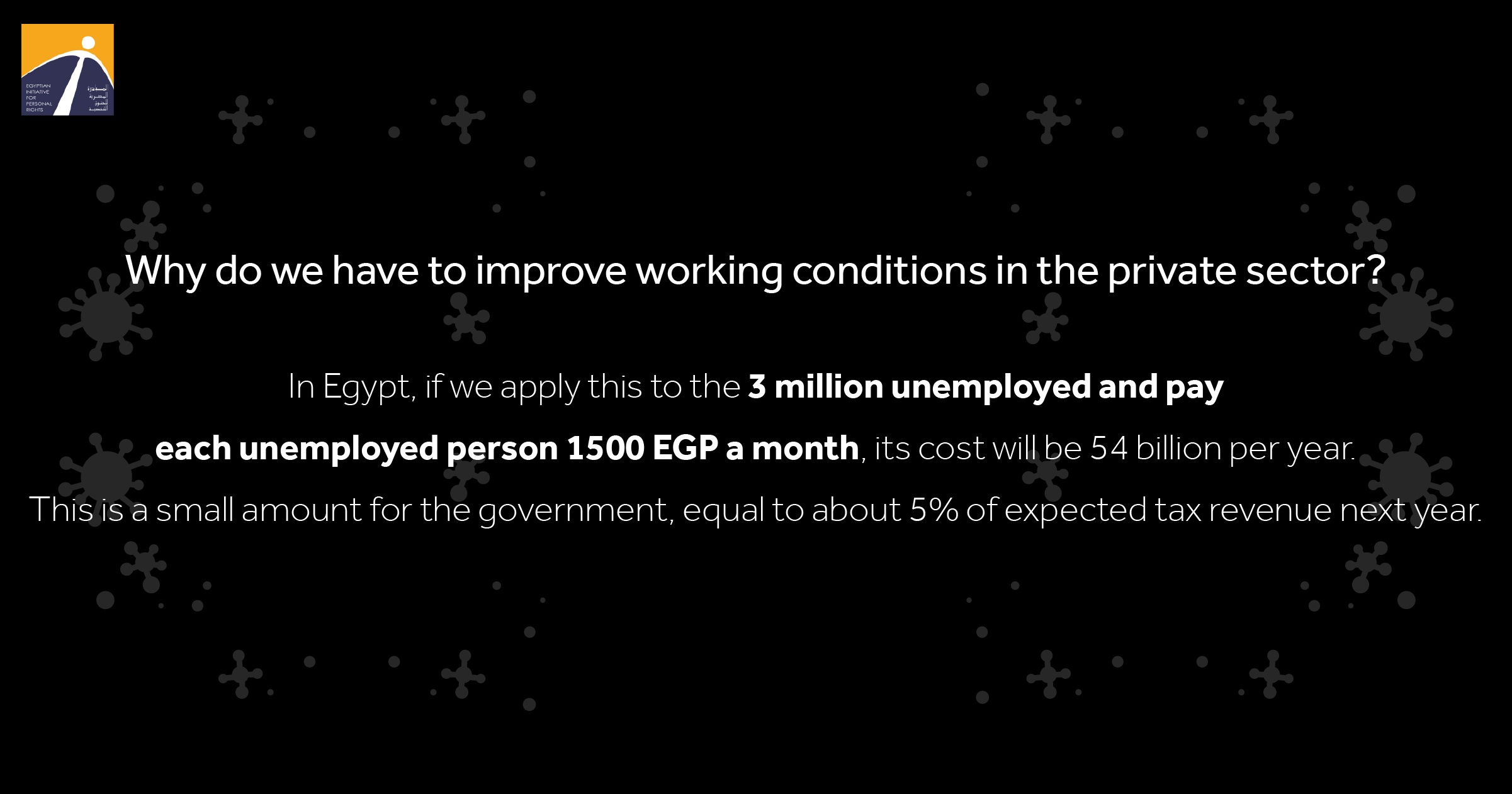 6- Before Covid-19: Jobs were not enough

7- How do we guarantee the safety of the people who have to work? 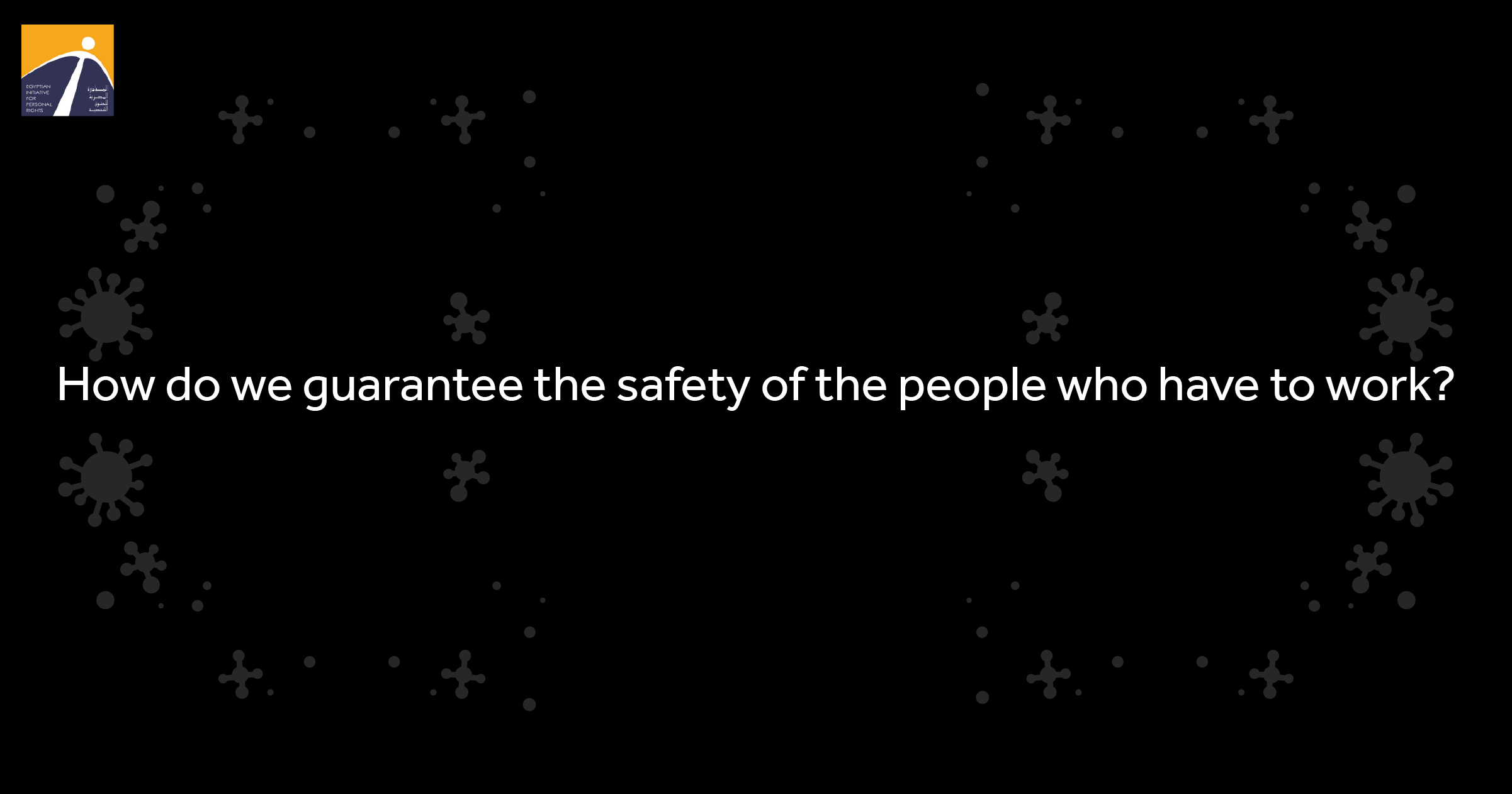