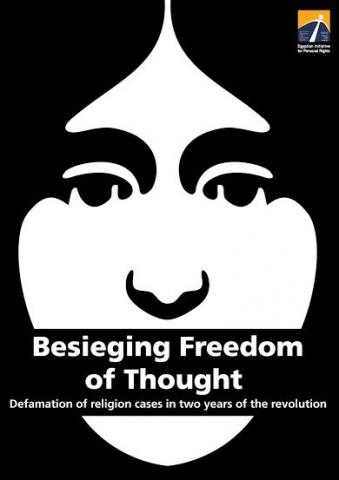 Defamation of Religion Cases in Two Years of the Revolution

The report documents and analyzes defamation of religion cases that took place in various Egyptian provinces and the types of social and legal intimidation facing the accused. It finds increasing prosecution and intimidation aimed at curbing freedom of opinion, belief and expression by unofficial social actors. In most of these cases, the victims were ordinary citizens and not necessarily well-known commentators or public figures, as it used to be in the past two decades. Moreover, prosecutions were not limited to members of religious or communal minorities. In fact, often the victims of such charges were adherents of Sunni Islam, the same creed as Egyptian Islamic religious institutions.

The report highlights the near total failure of state institutions to provide adequate protection to victims of these charges, dubbing it “failure tinged with bigotry,” as police are unable to protect the accused and prevent attacks on their property.

The report sounds an alarm about the growing frequency of such cases and the danger represented by these types of violations, which continue even after the Muslim Brotherhood’s fall from power. These violations are rooted in the existing political, social and legislative environment, which as the report demonstrates, acts to deprive those accused of popular support for their basic rights.