Nada: Another Life Lost to FGM Call from the Anti-FGM Taskforce to reevaluate legal and rhetorical interventions

The Anti-FGM Taskforce is sadened and angered by the death of Nada, a 12-year-old girl, in the village of al-Hawatka in Assiut governorate. The girl died after undergoing female genital mutilation (FGM), at the private clinic of an obstetrician-gynecologist on Wednesday, 29 January 2020. The child hotline at the National Center for Childhood and Motherhood (16000) received a report of the incident (no. 10187), after which Nada’s father and the physician who performed the procedure were arrested and referred to the Public Prosecution (case no. 578/2020/Manfalout administrative).

Nada’s death comes as the year starts and we approach the International Day of Zero Tolerance for Female Genital Mutilation on February 6. Her death is due to the continued observance of this practice without regard for its damaging psychological, social, and health imprints, up to and including death. There are undoubtedly many girls who have lost their lives not only as a result of this non-medical procedure, but also because of social complicity in this crime. Other girls who have not lost their lives nevertheless live with the consequences of this assault on their autonomy and bodily integrity, whether these consequences manifest as physical complications or life-long psychological and sexual imprints.

Egypt continues to have one of the highest rates of FGM in the world and it ranks first in FGM medicalisation,where physicians and medical staff perform 82% of the FGM procedures for girls under the age of 19, according to the Demographic and Health Survey (DHS 2014).

The Anti-FGM Taskforce underlines the need to hold doctors who commit this crime accountable and ensure that they do not evade sentences when they are issued. The medicalization of FGM in Egypt requires the prosecution of physicians engaged in this crime and makes it incumbent on all state bodies responsible for the inspection of medical facilities and clinics, as well as the Egyptian Medical Syndicate, to pursue all physicians who perform the procedure and enforce the law. Legal liability for the crime should also be extended to medical facilities and their administrations.

Nevertheless, it is also necessary to rethink the law criminalizing FGM in its current form and its capacity to combat the practice of FGM, particularly in light of the meager number of cases charged in comparison to the daily FGM assault on girls. The law must become only one of many interventions deployed to end FGM, for alone it is inadequate to confront a problem of this magnitude. The state must assume its role of protecting girls from this crime not only by employing medical and religious rhetoric against it, but by confronting head-on the crux of the problem, which is that FGM is a violation to girls and womens’ autonomy and bodily integrity.

The penal statute against FGM must be effectively applied to any healthcare providers proved to be complicit in the crime; the physician who caused Nada’s death must not evade punishment as was the case with other doctors previously.

Reconsider the Anti-FGM articles in the penal code in their current form and its ability to confront the problem and address the shortcomings in the law responsible for a low rate of reporting; the legal loopholes that permit doctors to evade accountability must also be remedied.

Incorporate components in the curricula of medical schools that define the crime of FGM and explain its adverse health, psychological, and physical effects on girls and women and the legal liability of doctors and healthcare providers.

Oversight of all medical facilities should be strengthened and accountability procedures enforced.

Allow space for civil society organizations to participate in developing and implementing various policies to combat FGM with a discourse that focuses on the right of girls and women to autonomy and bodily integrity.

The Task Force to Combat FGM was established on February 6, 2018 by the following institutions, organizations, and coalitions: 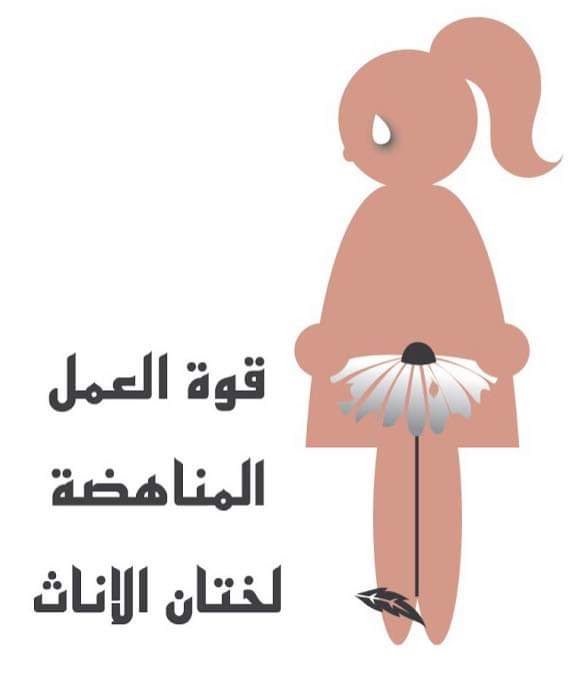