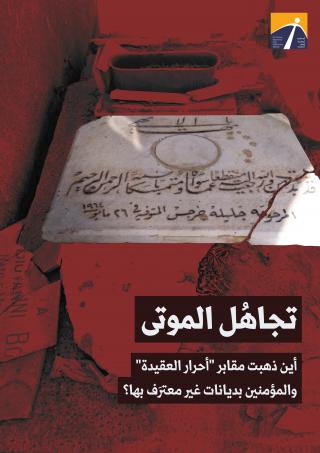 A new EIPR report: "Ignoring the Dead - where have the graves of ‘The Free Thinkers’ and believers of unrecognized religions gone?"

From the middle of the nineteenth century up until the end of the sixties of the twentieth century, Egypt - in both Cairo and Alexandria - witnessed the presence of cemeteries dedicated to non-believers of any religion under the name of “Civil Cemeteries” or “Cemeteries of the Free Thinkers”. During the period from 1944 to 1954, decrees and administrative decisions were issued to allocate cemeteries for believers of other than the three recognized Abrahamic religions, in the cities of the Suez Canal and in Cairo.